University Cricket in Oxford
Cricket in the Parks Since 1881 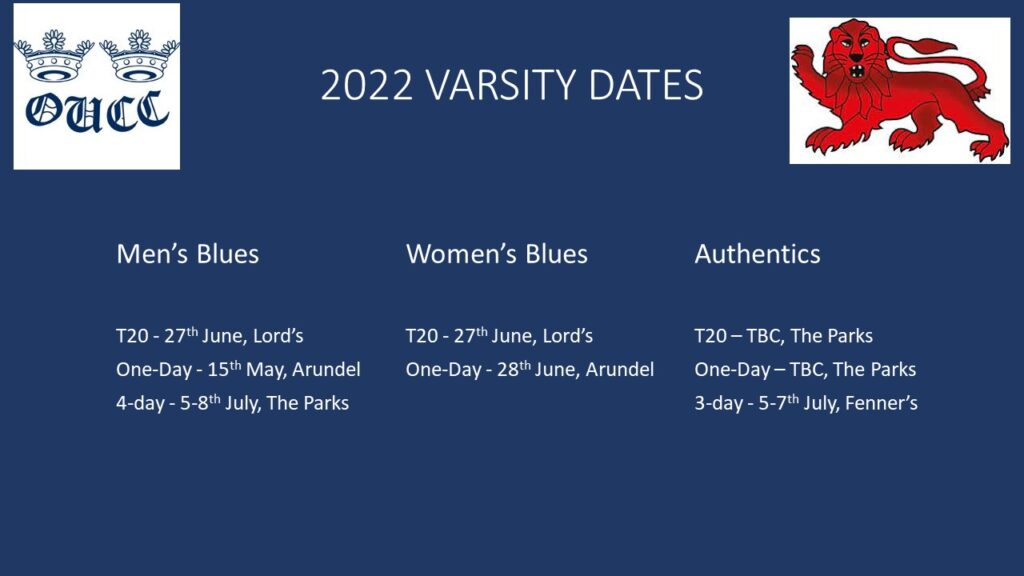 OUCC are pleased to announce the details of this year’s varsity matches. For the first time, both the Men’s and Women’s Blues will play on the main pitch at Lord’s, for the T20 varsity matches on 27th June. The spectacular setting of Arundel Castle will host the one-day varsities, with the Men playing on the 15th May and the Women on the 28th June. The Men’s Blues 4-day varsity will be played at The Parks on the 5-8th July, with the Authentics playing their 3-day varsity at Fenner’s from the 5-7th July. Details of ‘Tics T20 and one-day still to be confirmed, but most likely will be on consecutive days late in summer, at The Parks.

More fixtures are now up on the website, and a full fixture card will be released just before the season commences.